SISTER CITIES: A Story if Friendship from Virginia to Mali

Just this past year, Sister Cities Richmond, Virginia and Ségou, Mali had a commemorative celebratory book launch. The book, titled “SISTER CITIES: A Story of Friendship from Virginia to Mali” by Ana Edwards and Robin Poulton, celebrated the 10 years of friendship created between the two cities. It tells the story of citizen diplomacy and success in multiple shared project activities.

Ségou, Mali and Richmond, Virginia officially signed their Sister City partnership in October 2009 in Richmond, and again on February 2010 in Ségou. This book is written to celebrate their ten-year relationship and signing of citizen diplomacy through Sister Cities International.

But even before their official signing, their citizen diplomacy began in 2005 when both cities founded music festivals. They organized a cultural exchange through Ségou’s invitation to Richmond.

These two cities have held multiple exchanges and projects that built positive and lasting relationships for both cities, as well as development in local senses. They have built a maternity clinic, a medical laboratory, and three blocks of latrines through SCI funding, and AUPAP – the African Urban Poverty Alleviation Program through the Gates Foundation. They’ve also worked to equip the Ségou hospitals.

Further, education projects in Virginia seek to educate its students about Mali and West Africa, while Ségou has a similar initiative in their city to teach about Richmond and the United States. Sister Radio is a program they hold which gives a voice to young women in both cities, and have Skype discussions in English and French between language-learning students in Mali and Virginia.

Until now, they hold annual exchange visits to each other’s music festivals and educational exchanges in which students were sent from Ségou to Richmond and vice versa.

The book, “SISTER CITIES: A Story of Friendship from Virginia to Mali” speaks of their citizen diplomacy, speaks of their achievements, and shares widely the issues raised by 400 years of shared history. They seek to address the long term effects of the shared history and how to move forward from their past relationship.

However, this isn’t the only publication that the two cities have had. This book is one of a series of books andexhibitions produced by Virginia Friends of Mali as a part of their Teaching Timbuktu program for students of all ages. There was also a special 10th anniversary of Sister Cities Partnership publication in a magazine in Ségou. They will soon have another publication focusing on the 400 years of shared history.

The Ségou-Richmond partnership encourages readers to join the Virginia Friends of Mali and to help with their educational work. They hope to be able to send their students to Ségou next year. 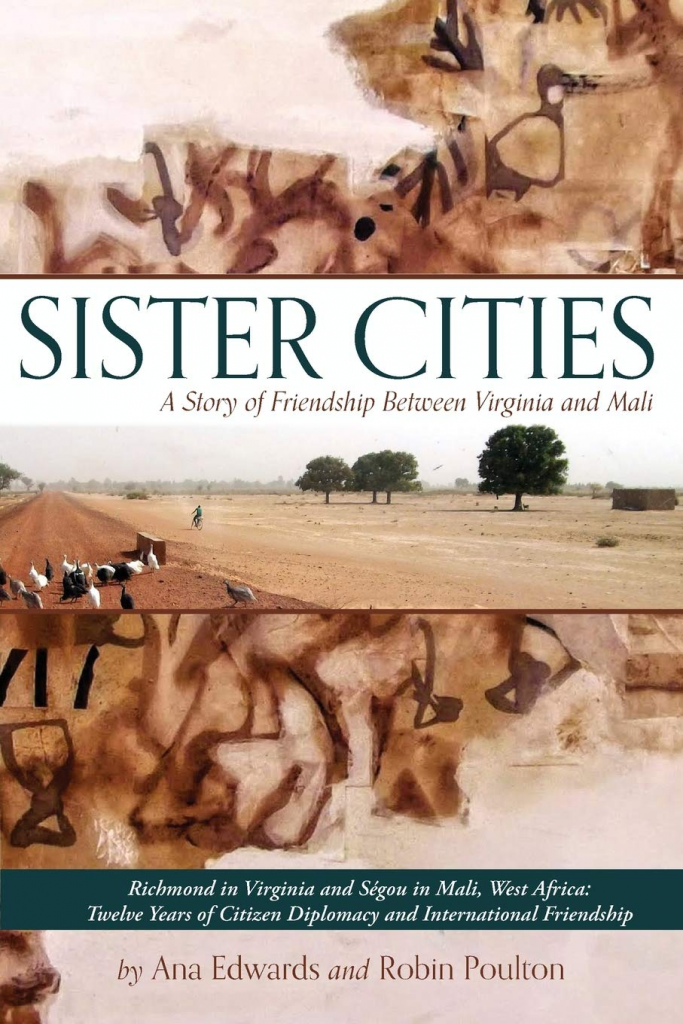 Cover of their book 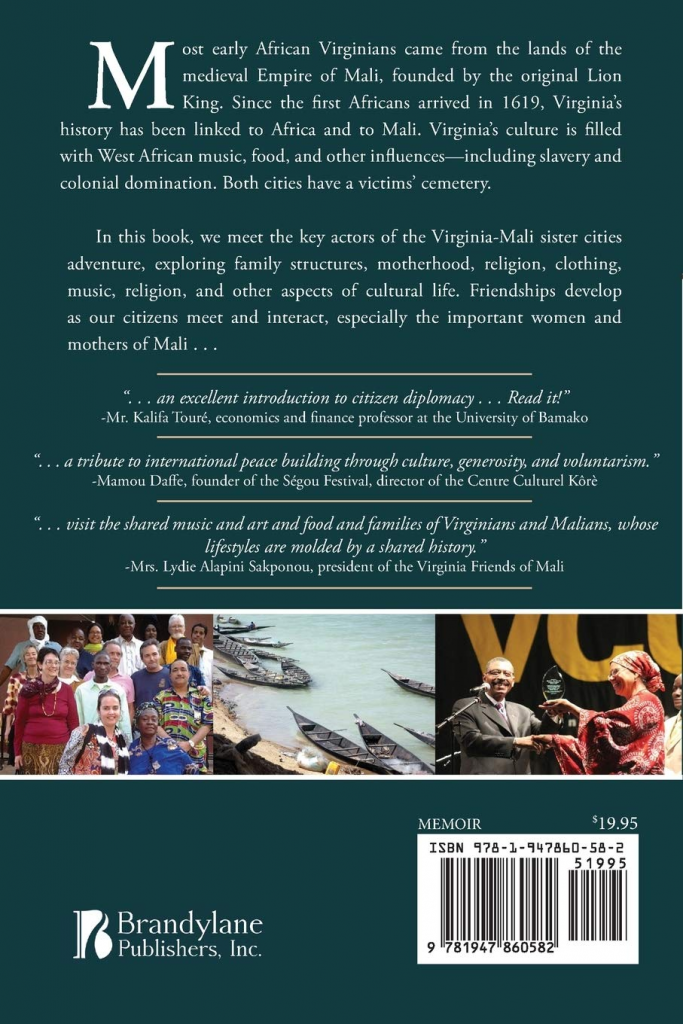 Back of their book, description